The Jignarania Song Awards are essentially notations of songs and artists in music that AlmightyMond deems 'ahead of their time', strange, or in some way unusual.

With its screamed vocals, bagpipes, heavy drums and guitar and dark lyrics, "Caledonia" (1968) is arguably the first example of black metal in music. 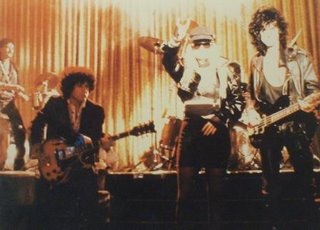 This song, recorded in 1969 by the now-somewhat-obscure and extremely underrated band Coven, demonstrates both early metal and proto-doom. Among other things, Coven was responsible for the introduction of the "Sign of the Horns" to Metal. Not Gene Simmons. Not Dio. Coven. In addition, Coven's singer Jinx Dawson is sometimes (probably mostly for promotional reasons, though it's well deserved) referred to as the "Goth Queen". And Allmusic.com gives their first album only two stars. Snub Allmusic.

"Blood on the Snow" by Coven

This song from Coven's lighter 1974 album could be seen as a prototype for later folk-metal.

"Careful with that axe, Eugene" by Pink Floyd

This song from 1972 has a similar influence to Cromagnon's song, though a bit Jazzier. The whispering and violent screams, especially in live versions , are potential direct influences on hardcore/black metal, as well as pretty much any other kind of metal.

This song from their 1969 "Soundtrack from the Film More" is one of the heaviest songs of the '60s.

"One in a Million" by Pink Floyd 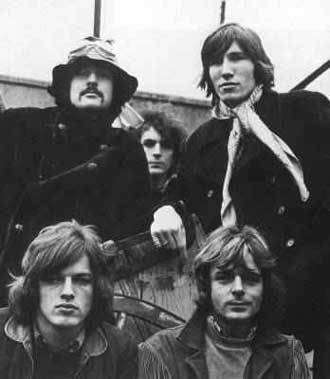 Never officially released, this song recorded live in 1967 is a prime example of stoner metal. Sounding somewhat like early Sabbath, its heavily distorted instruments and vocals would become metal.

"Not now, John" by Pink Floyd

This heavy song from 1983's "The Final Cut" contains what can be considered a brief glimpse of rap-metal. This can be observed in the repetitive beat-driven lyrics at one point, which are as follows:

"God of Darkness" by Iron Maiden

This isn't the '80s Iron Maiden. This is a doomy proto-metal band from the '60s. This particular song, from 1969, is here for obvious reasons.

Extremely heavy song from their 1968 album "What Doesn't Kill You." Pre-dates grunge and sludge metal by a decade or two. 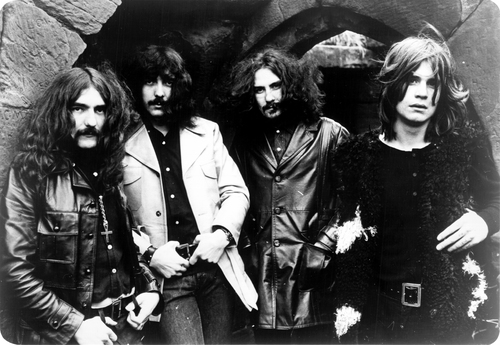 This song -released in 1970 on Sabbath's debut album- with its slow pace, menacing tone, and dark lyrics is a huge influence on modern doom metal. Later on, the song gains pace, entering a sort of proto-proto-thrash area.

This song, also from 1970, is a perfect representation of early metal, and has a bit of a proto-speed feel, as well.

"Sweet Leaf" is a huge and obvious influence on stoner rock/metal. Released in 1971.

"Symptom of the Universe" by Black Sabbath

Released in 1975, this is arguably the first thrash metal song.

"Stairway to Heaven" by Led Zeppelin

This truly amazing song, released in 1971, has a fairly wide range of influence. Its combination of folk and metal could be considered a direct influence to folk-metal (omg! No wai!!111).

This one from 1975's "Physical Graffiti" is also reflected in modern metal. In addition, it's my personal opinion that this song can -in certain respects- be viewed as a presage of oriental metal, and symphonic metal. It's also one of the first hard rock or heavy metal tracks to feature the 'flange' effect used on drums.

A very obvious influence on Viking-metal released in 1970. 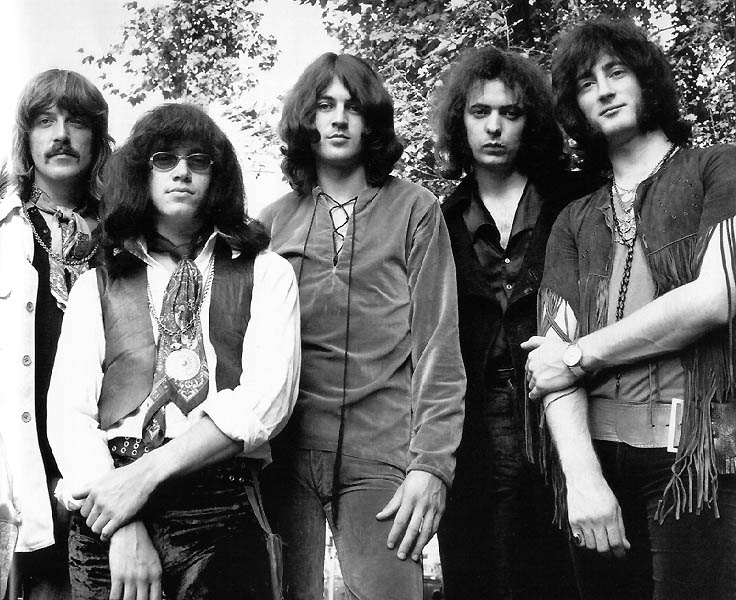 Released on their 1970 debut album "Very 'eavy... Very 'umble", this song's somewhat fantasy lyrics, heavy drums, heavy guitar and all around 'eavyness are obvious reasons why it's on this damn list.

"Halo of Flies" by Alice Cooper

This roaring tune from 1971's "Killer" album has elements that would later be seen in progressive metal.

Released on their 1972 debut album, this song's pounding chorus of "We're pain. We're steel. A plot of knives/Those who did resign their souls to Transmaniacon MC," hammers in its place in metal history.

Released on 1973's "Tyranny and Mutation ", this song is an interesting prototype for progressive metal, as well as having a somewhat proto-thrash style (especially in live recordings).

Example of early hard rock verging on metal released on their debut album in 1968.

Heavily influential song from 1967. Includes a tritone in the intro.

This 1968 cover of the United States national anthem literally recreates the sounds of war in song.

"Helter Skelter" by The Beatles

A very heavy song released in 1968. Probably the heaviest thing released by a major pop group in the '60s. A probable direct influence on metal and punk.

Released in 1968, this song by legendary protopunk band MC5 was a milestone of the genre.

The aggressive garage sound and urban setting of this 1966 song easily qualify it for this list.

"The Witch" by The Sonics

Released in 1964, this aggressive garage tune... well... it belongs on this list. I'll get into it later.

"Pushin' too hard" by The Seeds This song from 1966 seems rather important to Punk and Garage Rock. The repetitive lyrics, energetic beat and scratchy voice can be observed regularly in punk.

"Satisfaction" by The Residents

A heavily altered cover of the Rolling Stones' song of the same name. This 1976 song is vaguely like a far-out piece of hardcore punk.

"Up Down Sue" by The Luv'd Ones

This amazing spoken-word song from 1972 is a very potentially-influential piece.

Interesting synth song from 1977, from their influential debut album.

THE STRIKES MEAN THIS SECTION WAS CRAP IGNORE IT FOR NOW

"End of the World" by Aphrodite's Child

This downbeat song from 1968 is pure emo before emo. Containing emotional singing and screaming, and sad, lonely lyrics, it seems a perfect example. Not only is the SONG emo, but the video's set in a church, which brings to mind MCR's video for "Helena".

"Her Darkest Hour" by Rare Bird

I've never found anyone who wholly agrees with me on this bit, yet. Laugh all you like, I think it sounds like a softer A7X. The lyrics are somewhat gloomy, like "End of the World", and the vocals and rhythm-to me- sound rather emo. Released in 1973.

I believe the title of this 1979 song explains why it's on this list.

Released in 1979, this is often considered the first 'true' gothic rock song.

"Riders on the Storm" by The Doors

Released in 1971, this song's dark tone, and cruising psychedelic feel seem rather influential in this field.

"Venus in Furs" by The Velvet Underground

This highly influential song was recorded in 1966 and released in 1967. Based on the book of the same name, it contains a relatively dark musical tone and sado-masochistic theme which can be observed in a lot of modern goth music and culture. It was also covered by Goth/Death Rock group Christian Death.

"Magnificent Seven" by The Clash

This song, released in 1981 contains a particularly obvious rap influence. Extremely influential to this genre.

"Not now, John" by Pink Floyd

This heavy song from 1983's "The Final Cut" contains what can be considered a brief glimpse of early rap-metal. This can be observed in the repetitive beat-driven lyrics at one point, which are as follows:

"I'm the Man" by Anthrax

"You Really Got Me" by The Kinks

Arguably the prototype for all hard rock. (1964)

Example of early hard rock verging on metal released on their debut album in 1968.

Heavily influential song from 1967. Includes a tritone in the intro.

"Helter Skelter" by The Beatles

A very heavy song released in 1968. Probably the heaviest thing released by a major pop group in the '60s. A direct influence on metal and punk.

"Revolution" by The Beatles

Released on the same album as "Helter Skelter", "Revolution" featured early use of heavily distorted guitar.

"(I Can't Get No) Satisfaction" by The Rolling Stones

This song from 1965 represents the increasingly loud state of rock in the mid '60s.